Let's start with a little story.

A month ago, I presented a tutorial on making Windows 8 apps at the university. I wanted to present something very general that would allow anyone to get started on making apps, regardless of their background, so I designed two extremely simple apps that attendees would create on the fly with me. Then I thought, I might as well post it on the internet. This could help out a few more people.

The tutorial was divided into two parts. The second was fairly well-received, but the first was met with significant criticism, partly because it was not very clear in stating that the tutorial was meant for complete beginners. Anyway, I thought they were fair comments, thanked the critics, but was rather busy during midterms to implement their propositions.

A month later, I make a number of the suggested changes to my first article. Then I thought, since note-taking apps (the subject of my second article) are fairly common, I wonder if someone published an app with the same name I use in my tutorial in the meantime. It is a very generic name after all, "Little Notes".

Guess what? Turns out there is. 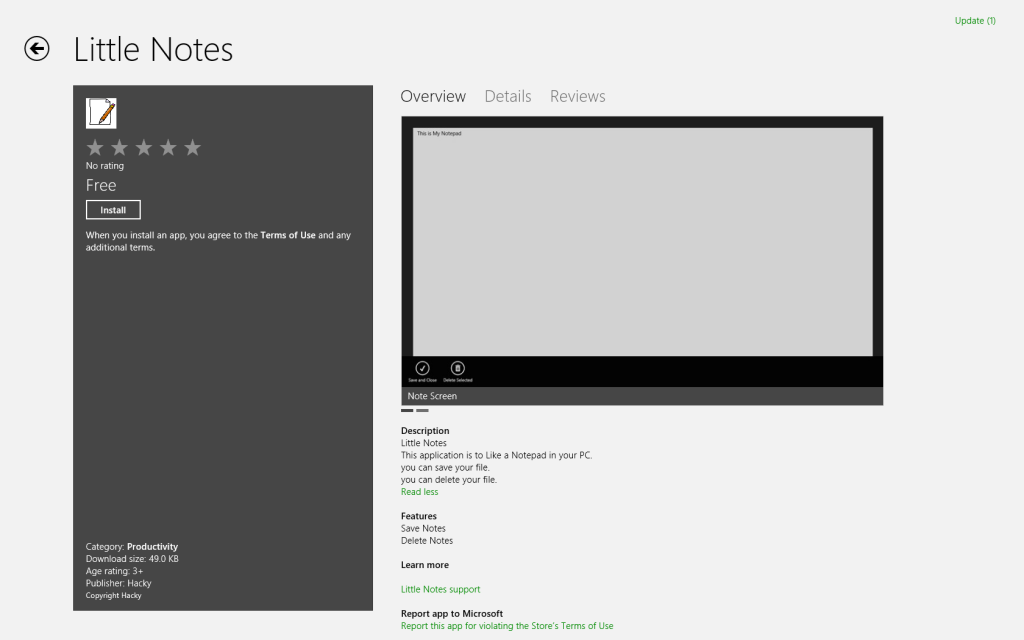 Not like someone just thought of the same name though. The guy (or girl) literally published the source code of my tutorial and did not bother adding new features, or changing the name for that matter.

Now beyond the fact that I can't really put "someone copied my work" as an achievement on my LinkedIn profile, I don't actually care. It's not like an app I made in one hour for a tutorial is going to turn any heads around. In fact, the use of the term "copied" is probably incorrect here; the published app might be a product of following my tutorial to the letter. Also I published the article and the code under an open license anyway.

Though I was hoping that if my tutorial inspires someone to make a note-taking app, it would at least be polished up a little. I left some of the basic features of a note-taking app to do as an exercise (such as the very essentially ability to save the notes) but it seems that uhhh homework wasn't done here. I wonder if some of the note taking apps on the Windows Store are a derivative of my tutorial though? As they do get polished it becomes hard to tell.

I do, on the other hand, find it an interesting anecdote. Futhermore, after a quick online search (2017 update: link to win8review.com no longer works, website is dead), I find it's the first app the person published, but not the last - a few others followed, so I imagine my tutorial was helpful to some degree. That makes me happy.

The same search returns that someone submitted an entry to the Apptivate.ms contest (or whatever that is) on Stackoverflow, what appears to be another direct implementation of "Little Notes". While it's not available for download, I see that there are a few differences, at least: the text is red instead of the default white. 2017 update: link to Apptivate.ms no longer works, website is dead 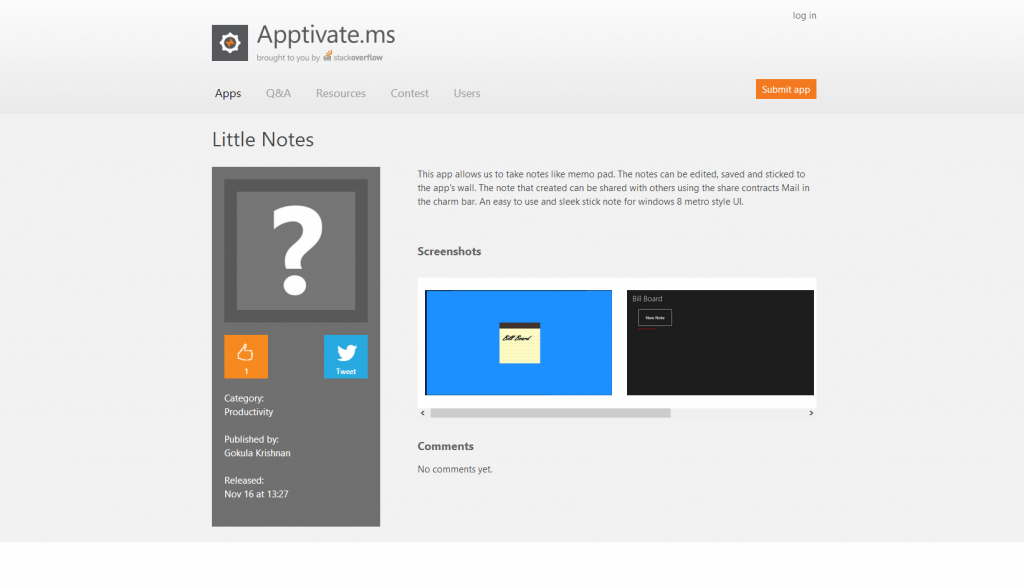 Imitation is the sincerest form of flattery, I guess? /obligatory cheesy quote at the end of a blog post