Here's a crazy idea. Imagine that by default, a democratic government with N political parties assigns each eligible voter a random candidate with probability 1/N. A week before election, they receive a letter with the following image : 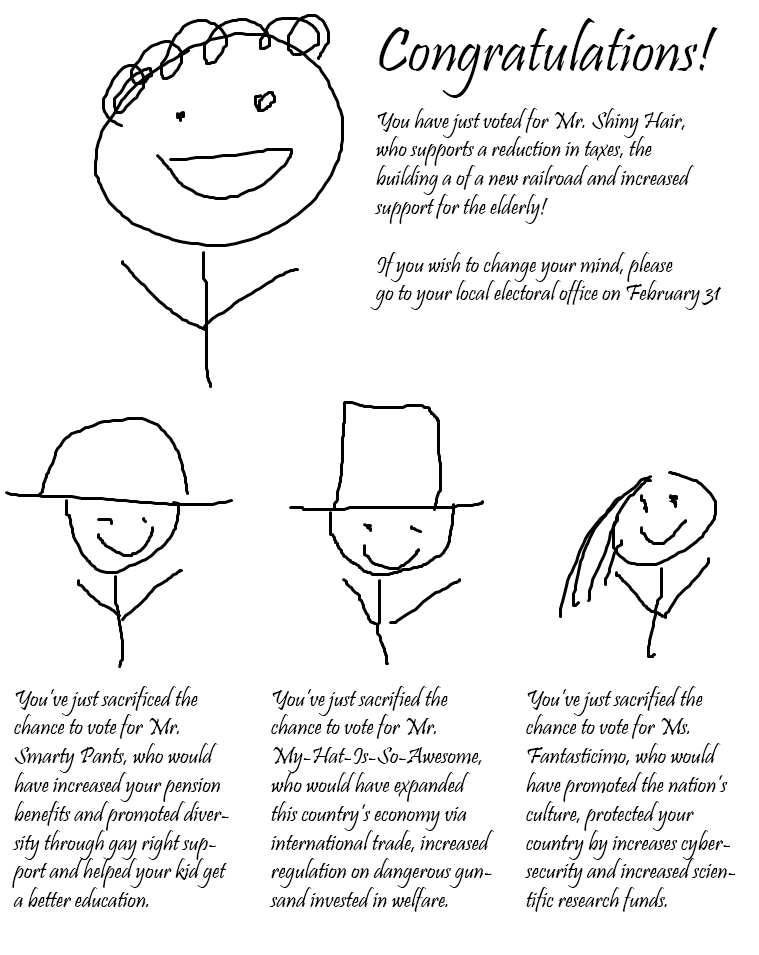 Then, during actual election day, voters can choose to go to the ballot and change which candidate they are voting for if they are not satisfied with the random assignment.

What is the probability that random assignment affects the electoral results? Suppose that in a given district, there are 2 candidates and 20,000 people who do not vote. Then the chances that X, the number of votes assigned to candidate 1, is greater than 10200 or smaller than 9800 is less than 1%. So there's a very small chance that it would cause a difference in the results of more than 1%, which usually doesn't make a big difference.

Of course, there's always swing states/districts where the results are very tight. But if the procedure succeeds in increasing voter turnout, then we could argue that the results are nevertheless more representative of the voter's interests. Better yet, to get rid of statistical issues altogether, we can "distribute" an even number of votes for each party along the members of the population.

The whole idea is based on a concept in psychology called "framing". An example of framing would be that in certain countries, you can choose to be an organ donor upon renewing your driver's license. When the default option is 'yes' (do you wish to opt-out of organ donation?), almost 100% of people agree to be donors. When the default option is 'no' (do you wish to opt-in for organ donation), only 25% of people agree to be donors. Since people take the right to vote for granted, perhaps a way alleviate of the lethargy of voting would to "remove" in this manner the right altogether.

Interesting how the human mind works.