I first heard of language exchange meetups as I was browsing blogs about traveling in Korea. It sounded like a fun way to meet locals and talk to new people.

Initially, I wasn’t sure what to expect. Clearly, I was not going to learn any Korean. In order to improve at a language through a conversation, you need to know at least the basics of the language. Therefore, I knew that the ‘exchange’ would be just me speaking English — which was fine by me, and probably fine for the local who wants to practice his English too, though I was worried I might be a bit out of place.

However, I realized quickly enough that an interest in practicing language skills is a sufficient, but not necessary condition to attend these meetups. And that put me at ease. While the language practice aspect is a plus, a lot of people go there just to chat and meet new people.

The first meeting I attended had more local Koreans than foreigners (80/20), though the balance tends to be fairly equal on average. You get to meet people with all kinds of different backgrounds. There are many language students (e.g. English majors) among the locals attending, but also people who have recently traveled, who have lived in other countries or intend to do so. Among the expats, there are of course many English teachers (probably the most common reason to be an expat). But on both sides, I’ve met people from a wide diversity of fields, such as engineers, salespeople, a cake decorator, graduate students, even some unusual ones such as military analyst. And that allows me to discover new, random things, like the existence of the luxury safe industry 1. 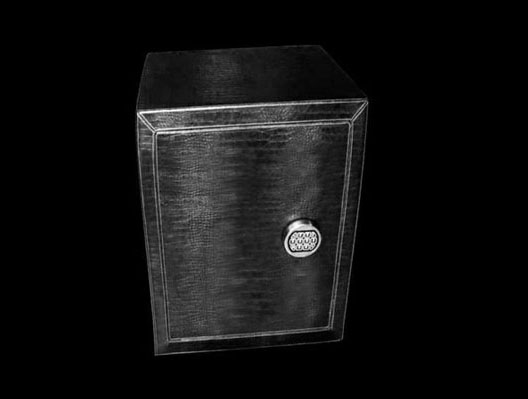 The well organized meetups, like the one in Seoul and Ho Chi Minh give you a name tag with country flag stickers or an equivalent indicator to show which languages you know. Sometimes, they even assign you table numbers and switch up the people once or twice in the evening.

These meetups are held in many places all over the world. I went to at least one in each of Seoul, Taipei and Ho Chi Minh, and I’ve heard of similar ‘chapters’ in North America and Europe too.

It’s not really about the language exchange

It can be. In fact, I found that you could turn these meetings into whatever you want by setting the tone of the conversation. It is definitely possible to emphasize the language portion by asking questions or sharing observations about grammar, sentence structures, how to say a particular word, comparison between languages, etc. Alternatively, by asking other people to talk about themselves, I can emphasize the aspect of socializing and sharing international experiences. For the most part, people don’t go in with an agenda and will happily follow along whatever train of conversation.

As far as language skills are concerned, a conversation can be useful for practice and provides exposure to new words and language idioms. Ironically, I ended up using French a lot (while in Asia), as mine has started getting a little rusty. However, the kind of meetup I attended is not what I would consider the most effective for that specific purpose. There are some other meetups that are more structured and focused. For example, LanguageCast meetups will sometimes go through an exercise book

Rather, these meetups are really like a milder version of going to a bar (which I only realized after one of those meetups was held at an actual bar). That suits me well: less emphasis on drinking and more on conversation and learning about different kinds of people. I’m an information junkie, I need to learn new things otherwise I get bored.

Since all the attendees are interested in meeting new people and most will have a varied international background, it makes for a very open atmosphere that is pleasant to be in. Much like AirBnB, the meeting format self-selects for the right kind of people. Even when the attendees come with their friends, they don’t converge into private social circles.

The main downside, is that it can get very loud if the venue fills up. Then, it’s hard to hear each other talk, my brain gets overstimulated from the noise and the conversation quality goes down by 31.459% or so.

Making it what you want

In my first two meetups, this new discovery was still settling in and it was great. However, the novelty factor was wearing off by the fourth meetup. The issue was that I was initially enthused that there were people with such varied backgrounds that I could talk to. As such placed myself in a “learn about other people” mindset. While I certainly did my fair share of participation in the conversation, my focus was on “letting other people talk about themselves”.

I did not want to direct the topics of the conversation towards my own interests, which tend to reflect my restless brain. For example, I have recently read Harry Potter and the Methods of Rationality which is funny and extremely interesting — provided a minimum of science education. I like to talk about it: it’s a topic that I find interesting and can be the start of an interesting intellectual conversation, but wouldn’t be comfortable talking about in a language exchange. An adequate summary of the book already requires, at the very least, an intermediate English vocabulary.

While it may seem egoistical to try to make the conversation about my own interests, and certainly one should not be too pushy about it, there’s two issues with not doing it at all: 1) others can’t get to know me and find that we have common interests and 2) I don’t have a measuring stick to find out who the smart, interesting people are, the people who would be worth keeping in touch with.

Traveling alone and at a slow pace kicks in a certain social survival instinct that allowed me to discover new interesting things. And of all the things I discovered by not focusing on tourism, language exchange meetups are probably the best example.

Related: meetup.com is also a great way to find locals to meet with similar interests. I went to startup meetup, an effective altruism meetup a philosophy meetup and a javascript JIT optimization meetup.