In a bit over three months, I had the opportunity to live for three weeks in four cities across Asia (Seoul, Taipei, Chiang Mai and Ho Chi Minh) and made short visits to a few more (Singapore, Bangkok, Tokyo). The idea, as I was planning it, was to do some coding and traveling at the same time. To see how well one can work as a nomad, to visit some new places at a slower pace than normal travels and to get new experiences from traveling alone.

This post is an amalgamation of thoughts and observations I made, starting from the practical aspects and moving on to my personal impressions.

Technology, along with other recent trends, makes life easier at home, and makes it much easier to get around1 in a new country. 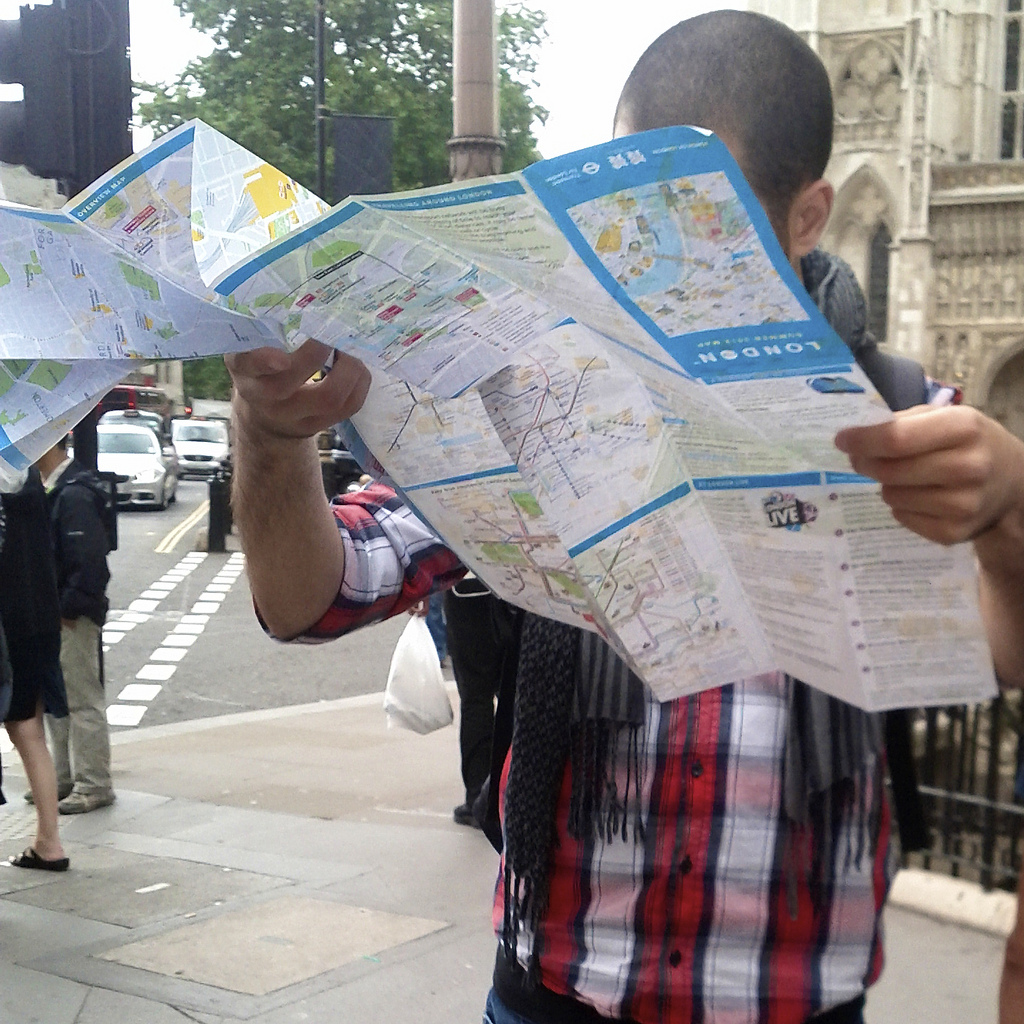 Traveling alone is one of those things that’s really not as scary or as dangerous as it sounds. My general take on safety is to be as informed as possible and to do your research. You will find warnings and the occasional horror story, but also that millions of people travel alone and do just fine.

It probably helped that I started with Korea and Taiwan, which regularly rank in the top 5 safest places in the *world*. In my first day while walking in Seoul, it hit me that “omg I’m actually on the other side of the world”. I don’t think I had that thought again afterwards. Your average day in some of these Asian countries is safer than your average day in most american cities.

Thailand and Vietnam don’t have the distinction of having such a low crime rate, but crime generally takes the form of scam or at worst, theft. It’s not that bad for developing countries — I haven’t had to bribe anyone yet. Physical safety generally isn’t an issue. The Government of Canada, as a service to its citizen, has travel advisories for all countries. The USA offers similar services. For example:

Bangkok enjoys a relatively moderate crime rate when compared to its urban counterparts around the world. Generally speaking, it is a safe place for those wishing to conduct business as well as those taking part in tourist activities. Most criminal activity is limited to “non-confrontational” street crimes such as pick-pocketing, purse snatching, jewelry and other assorted tourism frauds, and credit card theft.

That being said, contributing factors to my safety include:

In total, I was on budget for flight costs, with a little under 2000$ spent. Housing was a little more than planned due to short term stays in Singapore/Bangkok/Tokyo, with a little over 2000$. Food and coffee costs were around 300-400$ in Seoul/Taiwan and around 200$ in Chiang Mai/Ho Chi Minh. Then there’s all kinds of miscellaneous expenses: SIM cards (100$+), entrance tickets for various places (~100$), transportation costs (150$, half from a scooter rental), ATM withdrawal fees (~100$) 3. If the USD was still at parity with the CAD, I would have been on target on having main total travel costs close to tuition cost (which stand at 7210 CAD for Winter 2016). However, I got quite a discount on tuition this year with CAD/USD at 1.4, so that soft goal wasn’t met.

So what did I do in 3 months, that wasn’t traveling-related?

The first question I get asked is, “are you able to get stuff done?”. Getting stuff done in coffee shops while traveling is certainly doable. Millions of people work in coffee shops every day, whether in their own countries or not. I do find that it helps me stay on task. Compared to staying at home, my mind wanders off less, so I can get a productivity boost. In fact, working for a couple hours in different places is a form of time boxing, a popular time management technique.

However, this productivity boost only happens under certain circumstances. I found that it helped when working on Fractal Photographer and doing both light readings and dense readings. Those are tasks that are relatively linear. I know what to do next and they are moderate in amount of concentration and brainpower required.

I did not find writing to be easier, mostly neutral. The limiting factor there is always figuring out what I want to say and how I want to say it. Once that is done, I can write a lot and quickly. The problem is that it can take arbitrarily long to get inspired. I might start with a general theme in mind for an essay or blog post and have some thoughts and anecdotes I think would be interesting to include. But then, I can’t figure out how to organize the information and what the main thesis should be to make the text flow.

Finally, I found that this work setting was not great for working on Pyston. First, individual units of work in Pyston tend to be longer. JIT compilers are very low-level and very complex. Compared to working on an app, bugs are harder to understand, I need to read more code to know what’s going on, and the mental model I need to build is larger. I need more concentration and I need to hold that concentration for a longer time. Here, being a nomad becomes quite disruptive, needing to change locations as coffee shops close. Secondly, working in a coffee shop is not very ergonomic. I don’t have high end coding equipment: a 27” display that fits three columns of code, a full-size mechanical keyboard, and an Aeron chair. I only have my 12” Surface. With the nature of the problems I am solving in Pyston, I need minimal distraction and discomforts, and a lot of screen estate as I need to refer to many sections of the code. This is unlike Fractal Photographer, where the amount of code is smaller and all of it is written by me. There I was perfectly happy having only one file open at the time.

So I think nomadism is very viable, but only optimal for some types of work.

Traveling as a working nomad has some advantages over regular touristing, which I did do in Singapore and Tokyo.

I can afford to visit the places I go to at a much slower pace. When you have limited time to visit an exciting city, you want to get as much out of it as possible. That ends up being a lot of walking. You will be standing most of the day and the feet finds 6–10 hours of standing to be quite tiring. In contrast, as a nomad, I might visit a neighborhood in the morning and just work the rest of the day. I enjoyed first visiting an area of town, “breathe” the atmosphere of the city and sit down once I found a coffee shop.

Traveling alone, for an extended period of time at a slow pace, kicks in a certain social survival instinct that allowed me to discover different things that I would never have thought of if I was with friends. This includes language exchanges and meetups. Also, a lot of regular tourist activities are not well suited for a solo traveler. Thailand, especially, had a lot of those: beaches, riding elephants, rafting, etc. You can do those by yourself, it’s just a bit awkward. This is how I got different experiences.

On the other hand, despite being a “nomad”, I don’t want to move around too often. Moving from one city to another requires packing, getting to the station/airport, finding new housing, unpacking, figuring out where stuff is, etc. That can easily eat up a full day. This is why I only stayed in one city per country. This does mean, however, that I don’t get to see the rest of the country. When meeting locals, I always get asked “Are you visiting [some other place]” and “Why not? It’s so beautiful”.

Would I do this again in the future?

First off, I feel very grateful to have had the opportunity to do this for 3 months. This experience convinces me that the marginal benefits of taking a few months to travel, in whatever form, are very high. I think it’s worth considering when the opportunity comes up, and arguably worth making the effort to create that opportunity.

However, while I might want to do this again in another part of the world, I don’t think I’d make it a lifestyle.

It’s nice that I can fund this trip off of internship savings. But realistically, to do this over a longer period of time, I need to make money, and the set of things you can do as a nomad is smaller than the set of things I can do in North America.

Finally, being able to life cheaply in other countries is nice, but there’s a reason why people go to places like San Francisco and New York, despite being among the most expensive places in the world. It’s because they’re the center of all things that are happening, where the highest concentration of talent lies and new ideas are born. It’s where you go to be part of the future and this is something I care about more than day-to-day contentment. While there’s a lot of talent on the other side of the oceans too, the feeling is just not the same. For now I’m happy to be back in Waterloo and soon, New York and Silicon Valley again.